chapter Two ( Cohesing in English ) deals with the theoretical premisis of the study pertaining to the notion of cohesion. The chapter begins with a
discussion of the foundations upon which the concept of cohesion is based. In this regard, it is shown that cohesion is a  significant component of discourse grammar . Then, cohesion is discussed in relation to coherence, it is concluded that cohesion plays a  pivotal role in the expression of coherent texts discourses. This is followed by a discussion of different perspectives on cohesion. In this connection and the development of the theory of cohesion in English have all been discussed. Since the study follows Halliday and Hasan,s (1976) theory of cohesion, it has been discussed at length and an attempt is made to evaluate it in the light of the criticism available. Then cohesion from  a  sociolinguistic perspective is also addressed. More importantly, the chapter accounts for the various cohesive devices in English.

chapter three ( Data Collection procedures ) presents the procedures followed in collecting the data of the study . the chapter begins with information pertaining to the construction of the study instruments, viz, the pilot study and the diagnostic test. The pilot study has been mainly carried out in order to establish the reliability of the test. In addition, it has helped the research to determine the time required for the average learner to complete the test. The diagnostic test of two parts-eight tasks dealing mainly with the recognition of cohesive and four topics of writing composition dealing  with the use of these devices. The study covers 250 learners of 4 level at the depatments of English in Colleges of Education . it then goes on to provid information of administering the test and the statistical means adopted in the analysis of the data.

Chapter Four (Analysis of the Date ) is devoted to the presentation and discussion of the data . It starts off by providing a general survey of error analysis because the analysis of the data follows the methodologies of error analysis . Then the chapter presents thoroughly the results and discussion regading both the recognitionand the production of the grammatical cohesive devices . From the interpretaion of the data, it has been shown that Yemeni learners of English in Colleges of Eduaction experience difficlties in the recognition and use of cohesive devices . These difficulties are mainly attributed to many factors ,the chief among them being the mother tongue interference and the context of learning.
Chapter five ( Conclusions )outlines the conclusions of the study . First, it presents the findings of the study . Here , it is revealed thet the informants of the study experience difficulty in both the recognition and the production of cohesive devices. Then it highlights some pedagogical implications ( suggestions and recommendations)in the light of the findings . this is followed by remedial strategies where the researcher attempts to develop remedial measures to help Yemeni learners to overcome the problems of cohesion . At the end of the chapter, a few topics are suggested for future research. 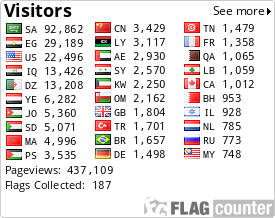